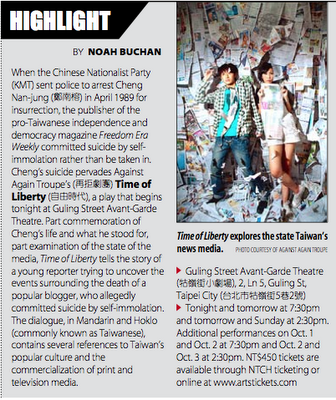 BY NOAH BUCHAN
When the Chinese Nationalist Party (KMT) sent police to arrest Cheng Nan-jung (鄭南榕) in April 1989 for insurrection, the publisher of the pro-Taiwanese independence and democracy magazine Freedom Era Weekly committed suicide by self-immolation rather than be taken in. Cheng’s suicide pervades Against Again Troupe’s (再拒劇團) Time of Liberty (自由時代), a play that begins tonight at Guling Street Avant-Garde Theatre. Part commemoration of Cheng’s life and what he stood for, part examination of the state of the media, Time of Liberty tells the story of a young reporter trying to uncover the events surrounding the death of a popular blogger, who allegedly committed suicide by self-immolation. The dialogue, in Mandarin and Hoklo (commonly known as Taiwanese), contains several references to Taiwan’s popular culture and the commercialization of print and television media.
Guling Street Avant-Garde Theatre (牯嶺街小劇場), 2, Ln 5, Guling St, Taipei City (台北市牯嶺街5巷2號)
Tonight and tomorrow at 7:30pm and tomorrow and Sunday at 2:30pm. Additional performances on Oct. 1 and Oct. 2 at 7:30pm and Oct. 2 and Oct. 3 at 2:30pm. NT$450 tickets are available through NTCH ticketing or online at http://www.artstickets.com/
Posted by 再拒劇團 at 晚上8:23 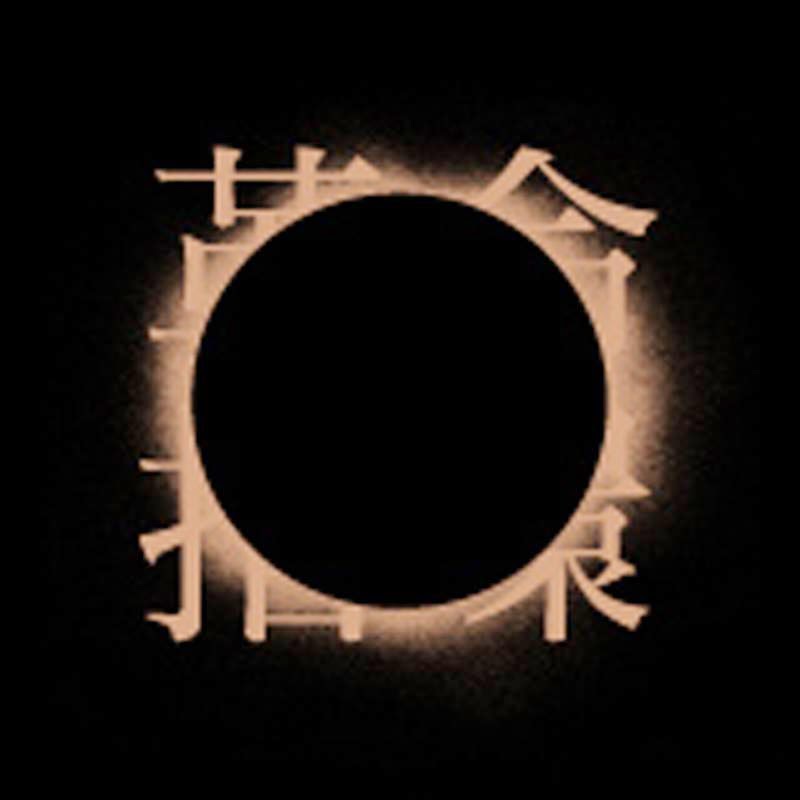